Treatment has been used with 18 clients over the last 7 years and has shown a 77 percent success rate for at least a 1-year follow-up. 15 were being seen for alcoholism or alcohol abuse, 2 clients were being seen for cocaine addiction, and 1 client had a marijuana addiction. Intensive Therapy: Utilizing Hypnosis in the Treatment of Substance Abuse Disorders. Potter, Greg, American Journal of Clinical Hypnosis, Jul 2004. 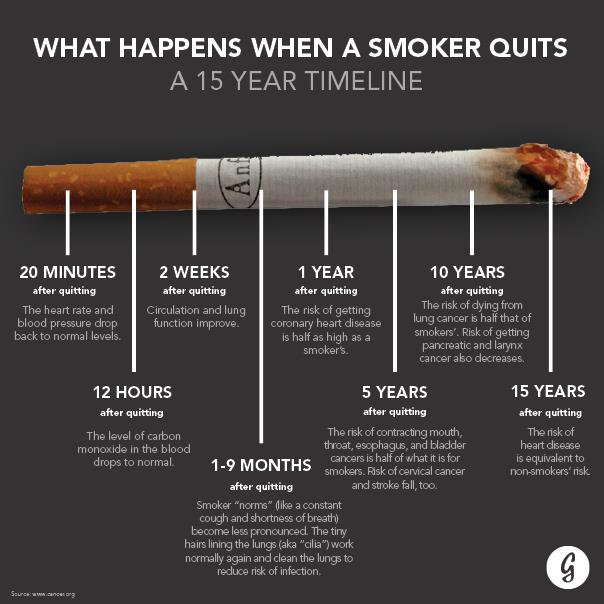 Dr. Hasan and colleagues from North Shore Medical Center and Massachusetts General Hospital compared the quit rates of 67 smoking patients hospitalized with a cardiopulmonary diagnosis. All patients were approached about smoking cessation and all included in the study were patients who expressed a desire to quit smoking.

At discharge, patients were divided into four groups based on their preferred method of smoking cessation treatment: hypnotherapy (n=14), NRT (n=19), NRT and hypnotherapy (n=18), and a group of controls who preferred to quit “cold turkey” (n=16). All patients received self-help brochures. The control group received brief counselling, but other groups received intensive counselling, free supply of NRT and/or a free hypnotherapy session within 7 days of discharge, as well as follow up telephone calls at 1, 2, 4, 8, 12, and 26 weeks after discharge. Patients receiving hypnotherapy also were taught to do self-hypnosis and were given tapes to play at the end of the session.

“Patients admitted with coronary symptoms may have experienced ‘fear and doom’ and decided to alter a major health risk to their disease when approached about smoking cessation,” said Dr. Hasan. “In contrast, pulmonary patients admitted for another exacerbation may not have felt the same threat. They likely felt they can live for another day and continue the smoking habit.”

The researchers note that hospitalization is an important opportunity to intervene among patients who smoke.

“Doctors and other health personnel should use this occasion to firmly recommend smoking cessation and emphasize the impact of smoking on their disease process and hospital admission,” said Dr. Hasan. “Pulmonologists, in particular, should make a stronger case and more passionate message to their patients, and efforts should be coordinated with counselling.”

“As physicians, we are constantly reviewing new approaches for smoking cessation and revisiting existing approaches to confirm their effectiveness,” said Alvin V. Thomas, MD, FCCP, President of the American College of Chest Physicians. “The results of this study and many others confirm that using a multimodality approach to smoking cessation is optimal for success.”

This study was presented at Chest 2007, the 73rd annual international scientific assembly of the American College of Chest Physicians.

“Hypnosis is not mind control, it’s a naturally occurring state of concentration: it’s actually a means of enhancing control over both your mind and body”

Hypnosis is a powerful and gentle way to bring about the positive changes you want to make in your life. What’s more, the changes will occur in a way that feels natural and that ends that constant internal battle that seems to go on whenever you’ve tried to change before.

Hello everyone, my name is Korey Snider. I am 27 years old and currently live in Plattsville Ontario. I am a Certified Hypnotist and NLP Practitioner graduating in the summer of 2015 from the Ontario Hypnosis Centre School in Toronto. This is my first blog post and I wanted to create this blog to inform readers on the real mechanics of hypnosis and how it works.

I  am going to be blogging about the latest research, stories, items appearing in the news, related books I’ve read and about how the various tools and techniques I use in therapy work. I also like to pass on any tips that could help you succeed in making any of those changes you’ve been thinking of. I hope at least some of what I write makes you think — that’s always a good way to kick off a change of some sort!